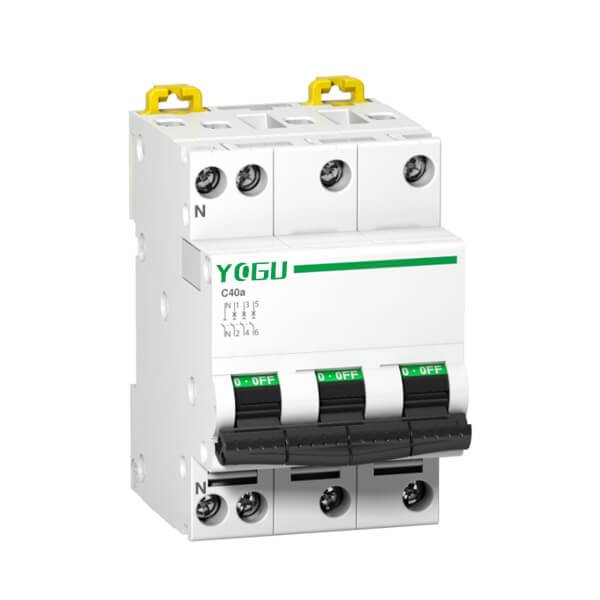 Help! Comprehending the nature of each circuit breaker is giving me a MENTAL BREAKDOWN!! – Says every newbie when he comes across so many types of circuit breakers.

But I can help you understand the difference between MCB, MCCB, RCCB, RCD, RCBO, and ELCB – the easy way!

It’s time to uncover the key deviations of all these circuit-breaking gadgets. Are you ready?

What is the difference between MCB, MCCB, RCCB, RCD, RCBO, and ELCB?

We use them in homes and industries to protect against human hazards and appliance damage.

However, they are designed to serve specific purposes. It’s their particular functionality that makes them different.

The main difference is MCBs, RCCBs, RCDs, RCBOs, and ELCBs are used for low current.

On the other hand, MCCBs are used for high current up to 1000 Amps.

We’ll get to know about their further differences, but let’s understand a little bit about each of them first.

Here are our findings.

These are some of the basic purposes each of these electric devices serve. Now for a better understanding, let’s dig into their details to understand them beyond their basics.

MCBs are electromechanical devices. They guard the electrical wires and electric loads from mishaps like over the current and short circuit.

They work on bi-metal respective principles.

MCBs are the best ever substitute to conventional fuses. Fuses can detect electrical abnormalities as well. But they need replacements after they handle the fault, whereas MCBs can be reset.

Not only do MCBs have low maintenance costs, but they are faster and safer than fuses.

Whenever it comes to protecting household appliances against overload and short circuits, MCBs are the best choice.

When the current load exceeds the limit of a Miniature Circuit Breaker, MCCBs come into play.

They provide sufficient protection to the appliances whenever they require adjustable overload setting and earth fault protection.

Also, they are used for switching the circuits.

MCCBs, for their higher level of protection and high breaking capacity, have made their mark in protecting industrial applications.

You can use them for the defense of capacitor banks, generators, and main electric feeder distribution.

6 Differences You Should Know between MCBs and MCCBs

Residual Current Device (RCD) is the term that covers the family of devices.

RCCBs are RCDs without any overload protection.

RCBOs are also RCDs with overcurrent protection included in the device.

Basically, RCCBs are electrical wiring devices. They unplug the circuit in case of leakage of current flow through the human body or when the current goes imbalanced within the phase conductor.

In simple words: The current going inside the attached device and the current coming outside the device need to be equal.

If they have the same measure, there’s no problem with the functionality of the device.

RCCBs are extremely effective and the safest devices to protect from hazards like electric shocks. Besides, RCCBs are used for protection from a leakage current of 30, 100, and 300 mA.

300 to 500 mA RCCBs are for fire protection only. Like, in lighting circuits where the risk of electric shock is smaller.

They are normally used in series with MCBs and shield them from over current and short circuit current.

Why use RCCB when MCB is already installed?

When there is already a circuit breaker – MCB – installed in your distribution box, why install another one?

Here’s the answer to your ‘WHY?’

RCCBs shield against small current leakages that may arise due to accidental human touch or insulation failure. And, attaining this level of safety is impossible with MCB alone.

5 Reasons why RCCBs are Favorable for You

When a person touches the metallic body, and there’s no connection between the ground and enclosure of the device, the current flow will become imbalanced. In this case, RCCB trips at once.

RCCBs detect the earth fault current in the circuits and trip. Immediately!

If the current flow is unequal in the phase and neutral wire, RCCBs trip and disconnect the load points in 30m sec.

In situations – like, lightning strikes – when current flows the Earth but isn’t risky, RCCBs function smoothly.

4 Downsides of RCCBs You Should Not Overlook

When live or neutral wire faults, for example, overload and short circuits happen, RCCBs don’t trip. However, the main MCB will trip the circuit.

RCCBs are super sensitive. They can operate on a minute amount of faulty current and can react quickly.  Sudden changes in electrical load, especially in old appliances, can cause a brief current flow to the Earth.

A large television set and some types of computers can lead you to this problem.

Overheating occurs when conductors are not fastened in their terminals properly.

Live – Neutral Shocks happen when the current is in the live, but neutral is balanced. If you touch both conductors, you may get a shock.

ELCBs function the same as the RCCBs do. But unlike RCBs that are current sensitive devices, ELCBs are voltage sensitive.

The purpose of ELCBs is to protect humans against electric shock and injury.

Furthermore, ELCBs are old technology – as old as 50 years. That’s why they are not commonly used.

For the proper functioning of an ELCB, you need to bury a metallic rod deep in the soil. Next, connect ELCB between the wire coming from the metallic rod and the wire connected with the external metal body of the electrical device.

If the wire connected with the Earth rod is loose or broken, ELCBs won’t work. This is so because; ELCB won’t be able to detect the hazardous voltage anymore.

#2. Sometimes ELCBs are not able to detect the risky voltage.

ELCBs are attached between Earth wire and the metallic body of the electrical appliance. But there are many other parallel paths from where current can flow and cause harm, such as Metallic pipes in the homes.

In case of any other parallel path available for the current to flow, ELCBs can’t recognize that current voltage.

#3. If you get in touch with live phase wire, ELCB doesn’t trip.

When any person comes in physical contact with a live wire, there will be no current flow in the earth wire. The reason is the current will keep flowing from the Live wire to the earth wire through a person’s body.

#4. If a live wire contacts a neutral wire, a short circuit will occur.

When live wire interacts with neutral wire, ELCB doesn’t trip. It happens because there is no current in the earth wire. That results in a short circuit.

#5. ELCBs can give false trips.

In some cases, such as in a lightning strike, current flows in the earth wire, but it’s not hazardous. Still, if the ELCB trips. That’s a false trip.

As I mentioned earlier, RCDs a.k.a RCCBs, don’t guard against overloads. Hence, a more reliable safety option is needed.

That dire safety need brings an MCB and RCCB into a single unit.

And, we call it Residual Circuit Breaker with Overload (RCBO).

An RCBO combines the functionality of an MCB and RCCB in a single box. No separate installation of MCB is required!

However, you should install this product under national wiring regulations.

Furthermore, don’t forget to check its compatibility with the earth system. It should be effectively earthed.

Red Flag! Never use RCBOs with appliances that require Double Pole Switching. Air conditions and IT systems, for instance.

With that, we come to the end of the blog post.

I hope this helped clear up all the confusion. Now you know the difference between MCB, MCCB, RCCB, RCD, RCBO, and ELCB.

There are many dissimilarities between the purposes all these electrical protection devices serve.

But one duty they ALL perform without any doubt…

Safety for you and your devices!

All electrical devices are our friends, but only if you use them where they are the best fit. Each device has reaction time and safety limitations of its own.

The device selection REALLY depends on how critical the appliance you wish to protect is. Choose your devices wisely and stay safe.

Still, got any confusion? Let me know in the comments below. 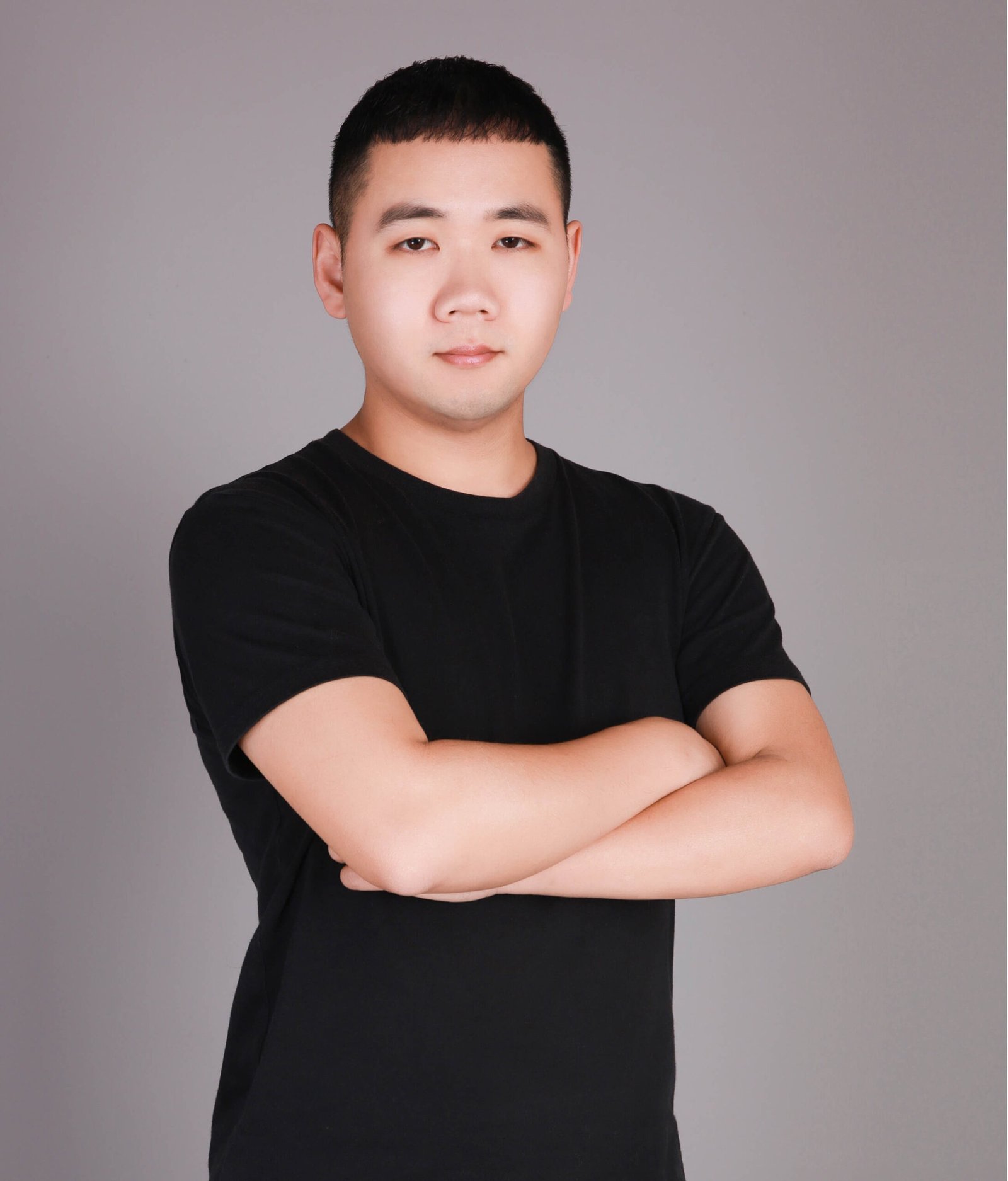 Hi, I’m Kevin, the funder of YOGU Electric, I’ve been running a factory in China that makes kinds of electric items for more than 10 years now, and the purpose of this article is to share with you the knowledge related to our products from a Chinese supplier’s perspective.
分享 facebook
Facebook
分享 twitter
Twitter
分享 linkedin
LinkedIn
上一个PreviousWhat is a Miniature Circuit Breaker (MCB)?
NextWhat is Residual Current Circuit Breaker (RCCB) and its function?下一个